A tech internship in Pittsfield, through the Berkshire Interns program, helped Dorcas Ujiji launch her career in software engineering—while also allowing her to stay in the Berkshires.

Ujiji, who grew up in Nigeria and graduated from Smith College in 2019 with a degree in Engineering and Computer Science, is now a level 2 software engineer at Vidmob. Vidmob, which is known for merging creativity and data in its marketing platform, has offices in ten cities across four continents. Ujiji is based in the Pittsfield office, the location of her internship and in close proximity to the network of friends and colleagues she’s built since attending Smith.

“This job allows me to be closer to my friends—who are my support system in the U.S.,” Ujiji said. Before the pandemic, she made lots of work trips to the Vidmob headquarters in New York City, giving her the opportunity to see friends who live there. She even represented Vidmob at the WomenHack Conference in Hartford, Conn. in February 2020, prior to COVID-19 gathering restrictions. WomenHack promotes gender equality and workplace diversity in the tech industry and helps women land jobs at tech companies.

As an intern, Ujiji was able to work on live and new projects, including an Android app, which allowed her to build on what she was learning at Smith. “In college, you’re taught the basics, and your homework is mostly to solidify those basics,” she said. “You are not working on solving significant real-world problems because you do not have access to relevant real-world data.”

“It was a very good first internship, a great environment to learn and ask questions,” she said. “I really liked how collaborative problem solving in the team was.”

At the end of her internship, the Vidmob team asked Ujiji if she’d like to come back, and before she graduated, she reached out to Vidmob to let them know she’d love to be considered for a full-time position.

Now, she works on a team of engineers, working on code that runs Vidmob’s ad creation and analytics platform, Agile Creative Studio, which helps users see deep insights into how their digital ad products are doing with various audiences and similar metrics.

“It’s a lot of big data handling and analysis,” Ujiji said. She and her teammates review code as it’s uploaded to their development system, and it’s tested and retested to make sure it will work as expected with the clients data. “Testing, testing, testing—a huge part of programming that doesn’t get so much attention in college, but now the stakes are higher,” she said. 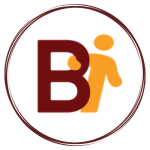